Ship stabilizing gyroscopes are a technology developed in the 19th century and early 20th century and were used to stabilize roll motions in ocean-going ships. The stabilizing gyroscope lost its application to the hydrodynamic roll stabilizer fins because of its reduced cost and weight. However, since the 19902 interest is growing in the original application and it has reemerged for the low speed roll stabilization it provides to vessels. The gyroscope has shown to be attractive to motor yacht owners for use while at speed and at anchor because unlike other applications it does not rely on the forward speed of the ship to generate a roll stabilizing moment.

One of the most famous ships to first use an anti-rolling gyro was the 1930 Italian passenger liner the SS Conte di Savoia. It utilized three large gyros to control roll.

Here at American Spin Doctors we carry four different Anti-Rolling Gyro sizes, for vessels 25 feet and larger. Once you install one or more gyros on your vessel you will immediately notice the displacement of boat roll when traveling on water or when anchored. We achieve this by installing one or multiple ARGs that can effectively handle the weight of your vessel while you are moving at speed or when anchored.

The advantage of our ARG over other competitors is the use of the “Gyro Momentum Effect” which reduces the rolling motion your vessel encounters to the point where you barely feel rolling sea motion. So much so that cooking on the stove becomes safer and setting drinks on the table becomes second nature. The following table illustrates the minimization of rolling when our ARG is on: 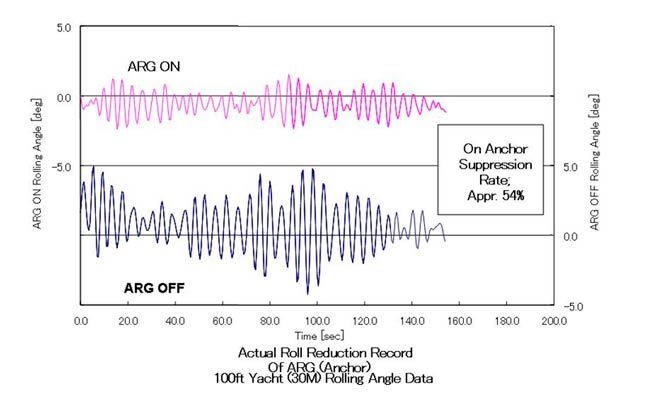 A ship’s gyroscopic stabilizer typically operates by constraining the gyroscope's roll axis and allowing it to "precess" either in the pitch or the yaw axes. Allowing it to precess as the ship rolls causes its spinning rotor to generate a counteracting roll stabilizing moment to the one that is generated by the waves on the ship's hull. The ability to effectively do this is dependent on factors such as size, weight and angular momentum. It is also affected by roll period of the ship. An effective ship installation requires approximately 3% to 5% of a vessel's displacement.

Turning the ship’s gyro ON is fundamentally different from fin stabilizer products because our design and application is seamless. Our gyros offer calm, relaxing reduction of rolling motion. This sensation has to be experienced to be understood. The yachting community has believed that the tradeoff for a reduction in rolling motion was an unpleasant jerkiness, however, with our gyros this is no longer the case.

Our gyros provide a reduction in rolling motion elevating the experience while out at sea. 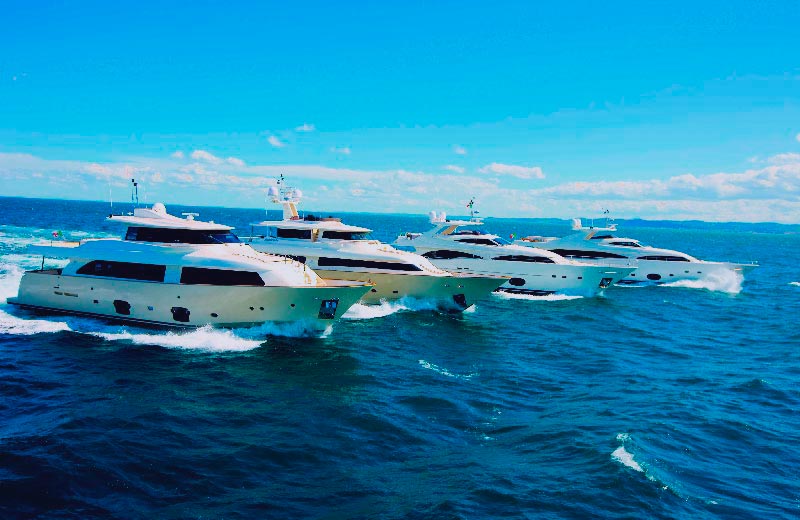 Top Reasons Why Our Anti-Rolling Gyro is Better than Other Systems:

Our team of experts can retrofit your boat with our ARGs anywhere in the Southeastern United States. Our gyros can also be included during your boat’s design or building process. We pride ourselves in providing expert installation at any point that you may choose to include a gyro in your vessel. Furthermore, we have local boat builders in the area that can also assist with gyro installation during your boat’s build. Our goal at American Spin Doctors is for you to experience the best sea life, whether it is for leisure, sport, or work.

Our ARGs have successfully been installed by the following boat manufacturers: